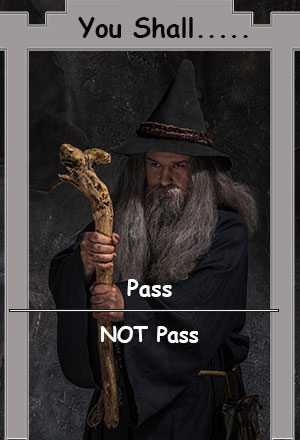 In audio recording, there are a LOT of terms that don't seem to describe the thing they are actually trying to describe. At least not to "audio civilians" who are not techies or engineers. But today's audio tool actually sounds like what it does! Will wonders never cease?:). I'm referring to something called a noise gate.

What Does Any Gate Do?

That's pretty simple, right? A gate is something that opens or closes to let someone (or something) in, or keep it out. And in this case, we are trying to keep out noise, and let in whatever thing we want to hear, like a voice or an instrument. If you like audio terms, tuck these away: something you DON'T want heard is called "noise." And something you DO want heard is called a "signal." And if you like math also, knowing this will suddenly cause terms like "signal-to-noise ratio" make sense.

Then What Does A Noise Gate Do?

A noise gate is an automatic gate used to keep out as much noise as possible. Automatic is good since it means we don't need gate keepers, who can be expensive and eat a lot of your food. The two settings for any gate are "open" or "closed." The default setting for a noise gate is closed, so only total silence can be heard or recorded when the gate is closed. But whenever a signal is heard (the thing we WANT to hear or record, like a voice, etc.), the gate opens. Simple, right?

As simple as it sounds, and as great a tool as a noise gate is, you should be aware of what can happen when you use one. As I said, when the gate detects a signal, it opens. But an open gate allows ALL sounds in! that means the voice (or whatever signal) will come through, yes. But all the noise that is in the room (or electronics, or outside mowing the lawn, etc.) with the voice will also come through the open gate.

The best scenario is to have the noise level be low enough that it really can't be heard as long as the voice is talking or singing. So the voice would mask the noise in that case. You'd have total silence in between the vocal phrases. And you'd have some noise that you wouldn't even notice when the voice was audible.

However, when the noise is loud enough that the voice does not drown it out, a gate can actually accentuate the noise! In college, I had a few classes in large lecture halls where the professor had to use a sound system (PA). That system had a LOT of electronic noise, so they used a noise gate. When the professor was not talking, all was quiet. But when he did speak, you'd get this flood of hissing and buzzing along with his voice. It was super distracting to have that noise come in and out like that. It would likely have been better to NOT have the noise gate in that situation because the noise would have been steady and constant, and our brains would have filtered it out to some degree. It would have become part of the ambiance.  That way, when the professor spoke, it would not have ALSO heralded an onslaught of noise ever single time, whose contrast with the silence in between. You can hear an example of this below in the "High Background Noise" sample audio treated with a gate (2nd audio sample).

That's just one potential unwanted side effect of using a noise gate. It will help to understand how gates work to avoid these side effects.

How Do Noise Gates Work?

They have to be able to tell the difference between signal and noise so they know when to open. This is done by giving a noise gate a volume level - called a theshold. The assumption is that any audio softer (less loud) than the set threshold level is considered noise. Any audio that is louder than the threshold will cause the gate to open, the assumption being that loud sounds are the ones you want - the signals. You'll have to experiment with the threshold setting so that, ideally, it always opens when the voice sounds, and never opens when there's just noise.

Noise gates have several other adjustable settings also. You have to tell it how quickly to open and close the gate. Here is another area where things can go wrong if you are not careful. The gate has to open quickly enough that the very first part of the voice is allowed through. If the gate opens too slowly, some of the initial vocal can be cut off.

The same is true in reverse when the gate closes. In fact this is where it normally causes problems if the noise is too loud. Audio usually fades out when it's done. For example, the final word in a phrase will not usually stop abruptly, but rather get quiet over a period of a few milliseconds before total silence. So you need to make sure the gate does not close too quickly. Yes, you want to shut the door on the noise as soon as you can. But do it too soon, and you'll cut off the endings - the "tails" of the signal.

Another common problem is caused by the kind of noise you are trying to stop at the gate. the assumption is that the noise is steady and fairly consistent. But if you have intermittent noise like the occasional cat crying to get into the studio, a loud vehicle driving by, something falling on the floor, etc., those can easily exceed the threshold and open the gate by themselves. There isn't much you can do about these "gate-crashers" (my term), except record that phrase again, or maybe try to filter it out after the fact. It's always best to prevent noise if you can. But sometimes, noise just happens.

Side Effects as ... Effects?

I mentioned earlier that if you don't have your settings just right, the gate can close too quickly on the signal, causing it to cut off the end of the sound. this can sound unnatural and clipped. But often, these extreme settings can make certain musical instruments sound different and interesting. In fact noise gates are often used (mis-used?) to enhance sounds - usually percussion and drum sounds. You can make drum hits sound more explosive or punchy using gates. Play around with them. You may discover some new sounds that way!

So how do I apply a noise gate?

Many audio recording software programs come with a noise gate effect built right in. Audacity doesn't have one right out of the box, but you can download one from their site here: http://wiki.audacityteam.org/wiki/Download_Nyquist_Plug-ins. In Reaper it's called ReaGate.

To use the noise gate effect, record your audio. Then go the Effect menu and select the Noise Gate effect. It's just that easy.

Below are some audio samples of a noise gate in action. I used Reaper for these. In the first pair, the background noise was pretty loud, which you can hear with no gate in the first audio. The 2nd audio is what it sounds like to use a gate on very noise audio.

This one is the noisy audio with no gate applied:

This has a noise gate on it:

This one has much less noise with no gate applied. It's much more noticeable if you wear headphones:

Here is that lower-noise sample with a gate applied. Note how much better a gate works when the noise is lower:

2 comments on “What Is A Noise Gate?”